Dopamine Detox — Here's how to do it and why you should 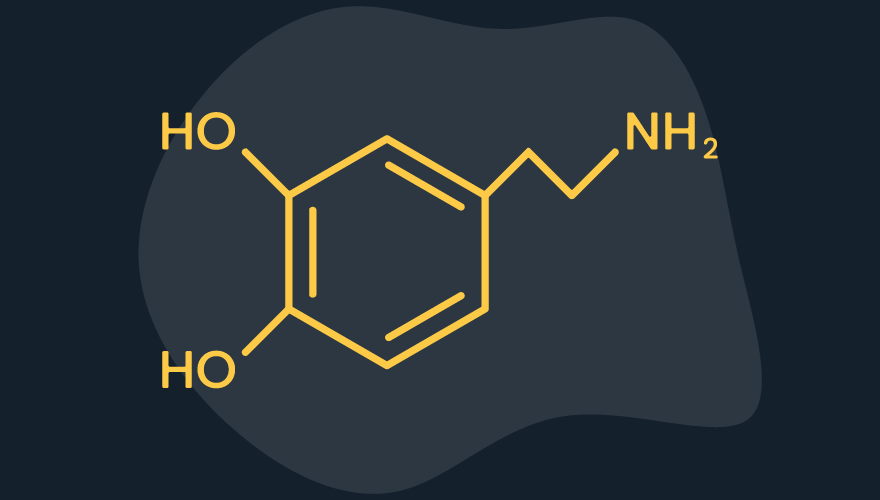 Ever wondered why you never have any issues with playing video games for long durations, or scrolling through random stuff on social media like Instagram. How can you keep going for hours at a time without having to take a break or drink or eat?

How are you able to put so much focus & concentration on these things that don't matter, and you're unable to give a 25-minute session on say studying for your exam, or working on your side project, or completing a task at your job.

I'm sure you know exactly what is best for you, and what is slowly killing your dreams, how are you unable to take any action? Imagine just coming to your desk and opening social media right away, or opening that game instantly. It's a habit at this point, but we're not discussing habits, we're more interested in why you do what you do, instead of what you should do. Huh?

Dopamine is a neurotransmitter in your brain. It's basically a chemical messenger. Dopamine is how you feel pleasure, influences your mood, makes you feel motivated. Thus it can also be called a "Pleasure molecule". Refer to Wikipedia for more information.

How does Dopamine work?

Your brain sets priorities mostly based on how much Dopamine it's expecting to get through those activities. So if an activity releases very high amounts of Dopamine you will be extremely motivated to do it, and even do it again and again. On the other hand, if an activity releases very tiny amounts of Dopamine, then your brain will push it to the end of the priority queue.

So if your brain knows that there's no immediate reward for doing an activity, then that activity releases very little Dopamine. This is why playing games is so easy. Games make the reward cycle insanely quick. You're playing a first-person shooter game, you get a headshot and bam! there it is, instant Dopamine release, now you want to do it again.

How Dopamine works in drug addicts

A drug addict knows exactly what he is doing and that this activity is extremely harmful to them in the long term. But when they anticipate the feeling of consuming that drug, then high amounts of Dopamine get released, and their brain is now highly motivated to complete that activity which is why no one can stop them from doing that activity.

Some drugs release stupendous amounts of Dopamine, which makes them crave the drugs even more, and it's a vicious cycle that can't be easily stopped.

In today's age we're releasing incredible amounts of Dopamine on a daily basis, through random excitements on social media, or random notifications you get on your phone. We have surrounded ourselves with so much potential action that we release Dopamine at all times and it might sound extremely difficult to control this.

Our brain is getting used to having high levels of Dopamine on a daily basis, and this is becoming our new normal. Which is how you develop a Dopamine tolerance.

This is a big issue, because now low Dopamine activities are a struggle, and they are below your normal Dopamine standard levels. These are activities such as working out, yoga or exercise, studying, writing, reading, doing work, finishing chores at home.

When your Dopamine tolerance gets too high, your ideal life sounds boring, now you want to just play games all day, or watch random videos on the internet.

To prevent all this from happening you're gonna have to do something called a Dopamine Detox. This is what it looks like.

Set aside a day when you're going to avoid all the highly stimulating activities. Stop flooding your brain with those crazy levels of Dopamine. This is done to let your Dopamine receptors recover.

For this whole day, you're going to have as little Dopamine as possible, which translates to as little fun as possible, making it the most boring day.

If you're a creator, maker, or someone who works online for a lot of time, you're going to set aside these things for the whole day.

You're going to embrace boredom for the whole day.

Here's the list of things you ARE allowed to do.

How does Dopamine Detox work?

Performing the Dopamine Detox as mentioned above will reset your "New Normal". After all this time you have accumulated high Dopamine activities, such as playing games and spending lots of time on social media, this has become your new normal. Now we're going to reset that to a boring life as your new normal.

Imagine this. If you were stranded in a jungle for months, no food, no electricity, no internet, no gadgets. Then that becomes your new normal. And then someone puts you in a cozy room with a lamp under which you can write anything on a notebook. Now that sounds like heaven to that guy who was in the jungle, struggling for everyday things.

This is you. You're taking your life for granted, you have so many things that you don't even deserve. Yes, I'm going harsh on you. Don't make this your "new normal", come back once in a while, see what is it like down there, just so you can appreciate how amazing it is being able to work on your side projects, being able to study in peace, being able to have a workout routine.

Dopamine Detox starves you of all the pleasure that you usually get on a daily basis, and makes those less satisfying activities more desirable.

Put simply, Dopamine Detox works because it makes you so bored, that even boring stuff doesn't sound so bad anymore. And being able to work on important things sounds like a dream come true.

How to perform a Less Intense Dopamine Detox

Pick one day. Say "Friday" of every week, where you're going to ignore one of your high Dopamine behaviors completely, for the whole day. e.g. Don't play any video games on Friday, do this every week.

How to set rules for yourself?

Now you need some sort of rules that you will have to follow. For example, there are many variations of this, but in general terms - Do the low Dopamine activity for 4 times the amount of time you spend on high Dopamine activities. Change this as you wish. But an example would be.

Working for 1 Hour, and then rewarding yourself with a 15-minute break of high Dopamine activity.

For drastic results do the high Dopamine activities at the end of the day, instead of having multiple cycles. But to start with you can do a cycle of low dopamine work followed by some high dopamine activity, and so on.

If you want to do it till the end of the day, then it would look something like this:

Working in the daytime on useful stuff for 8 hours - and then at the end of the day allowing yourself 2 hours of high dopamine activity. This could be anything for you, but don't reward yourself with stuff that harms your health like smoking, drugs, etc.

Yes, you can change your life for the better. You can start doing productive things more often than you imagined. But to save you time you need to perform a Dopamine Detox to allow your brain to control those extravagant releases of dopamine on a daily basis.

Dopamine Detox will make you motivated to work again, it will make hard things easier for you.

Good Luck! I hope this changes your life. Be sure to let me know if it does.

Hey, you can sign up to get notified when a new article is published