How Elon Musk Uses Twitter - What Can You Learn From Him?

He has not been posting very actively since day one. But his interest has really spiked in recent years. Which can be seen prominently in this graph.

Starting from the year 2015. His activity has consistently gone up.

Every bar represents a year. Each bar consists of small squares - each representing one tweet. 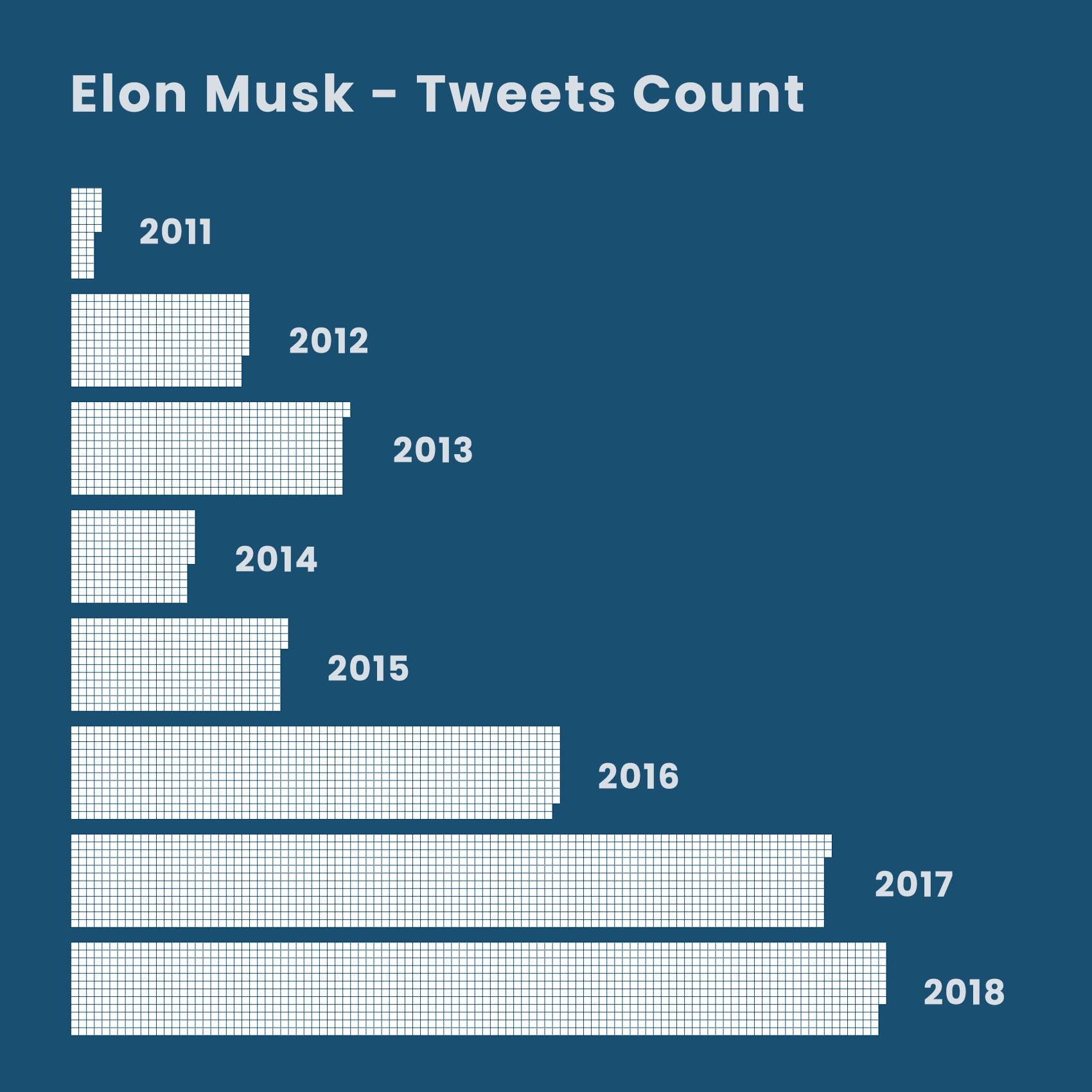 Let's put that in perspective. There is a staggering difference in the activity of Elon Musk vs Jeff Bezos.

A huge portion of his tweets are replies

As seen in this graph. A major chunk of his tweets - as of 2018 - are replies. Highlighted in yellow are the replies.

Being as big of a deal as he is. He often replies to tiny accounts on Twitter. With a miniscule following - as compared to his. Take a look at this breakdown of his replies. The numbers here represent the amount of followers that people have - whom Elon has replied to.

He has more replies to users with less than 500 followers... than those with over 2,000 followers.

This goes to show - it doesn't matter what your size is. If Elon laughs at your joke, or if he likes your content. He will reply.

He loves engaging on this platform. Even more so than putting out his own content. 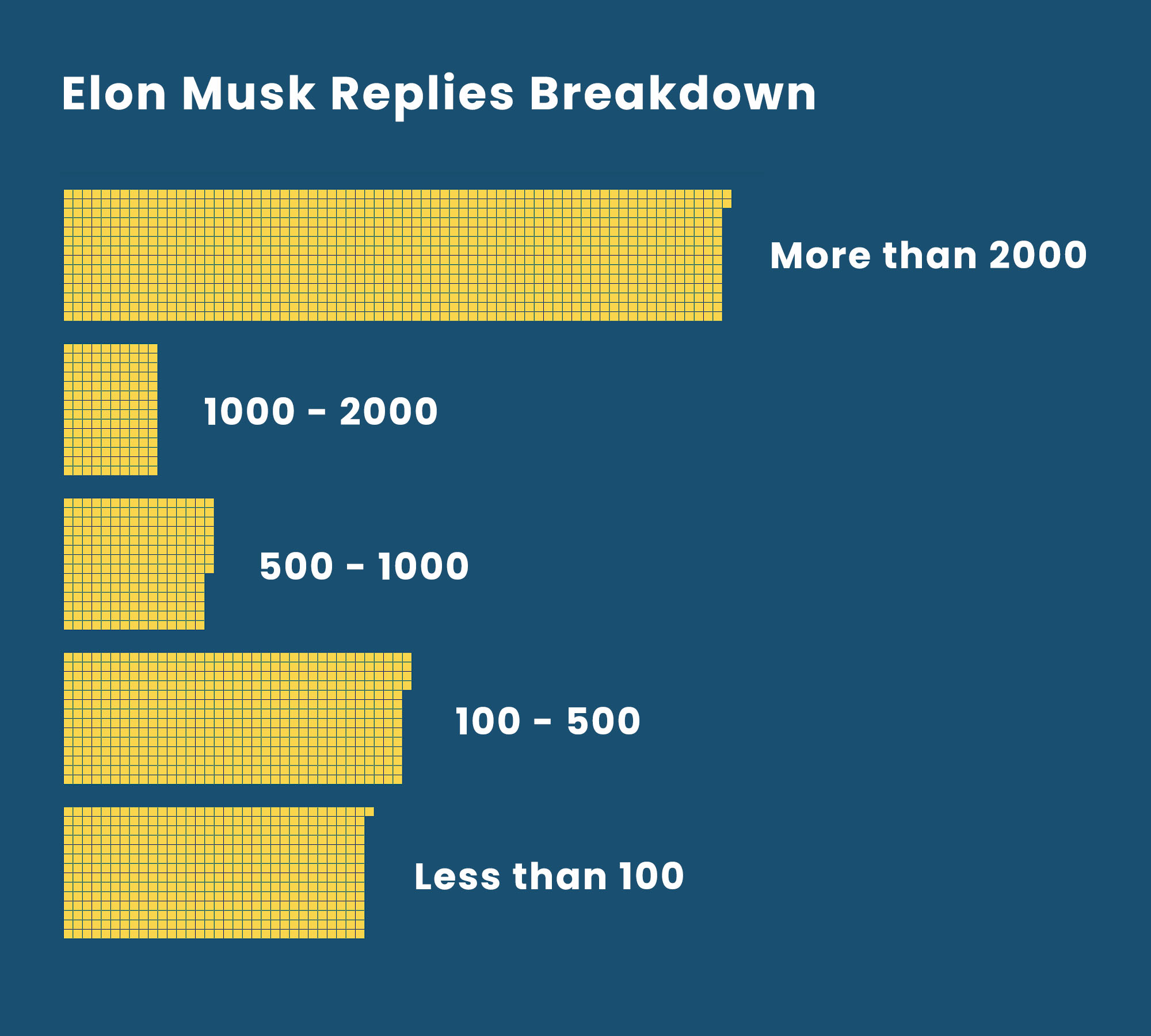 Why is Elon Musk Tweeting So Much?

Being the richest man on the planet. You would assume he doesn't have enough time to spare for Twitter, right?

He runs giants like SpaceX, Tesla, The Boring Company, and Neuralink.

How does he manage to tweet all the time? And more importantly, why does he do that?

Turns out his interest in Twitter spiked more and more. Over the last few years.

That's partly because a few years back - Tesla dissolved its PR team in North America. So now who will handle all that work?

He harnesses the power of the platform as a marketing tool. As well as occasional replies to people who have queries regarding their Tesla.

He shares a lot of information about the latest and greatest updates on the new Tesla models. Responds to journalists.

But it's not just for business and marketing. He has admitted that he has a ton of fun on Twitter. He often uses his tweets to express himself.

He shows the world that he is still engaging with the public. This is why most of his tweets are replies.

Gathering all the feedback from the public. From the Tesla owners. Handling their queries as well. He is truly using the power of social media at its best.

Elon once asked the people of Twitter whether he should sell 10% of his Tesla stock. And put up a poll. Based on which he would take the decision. 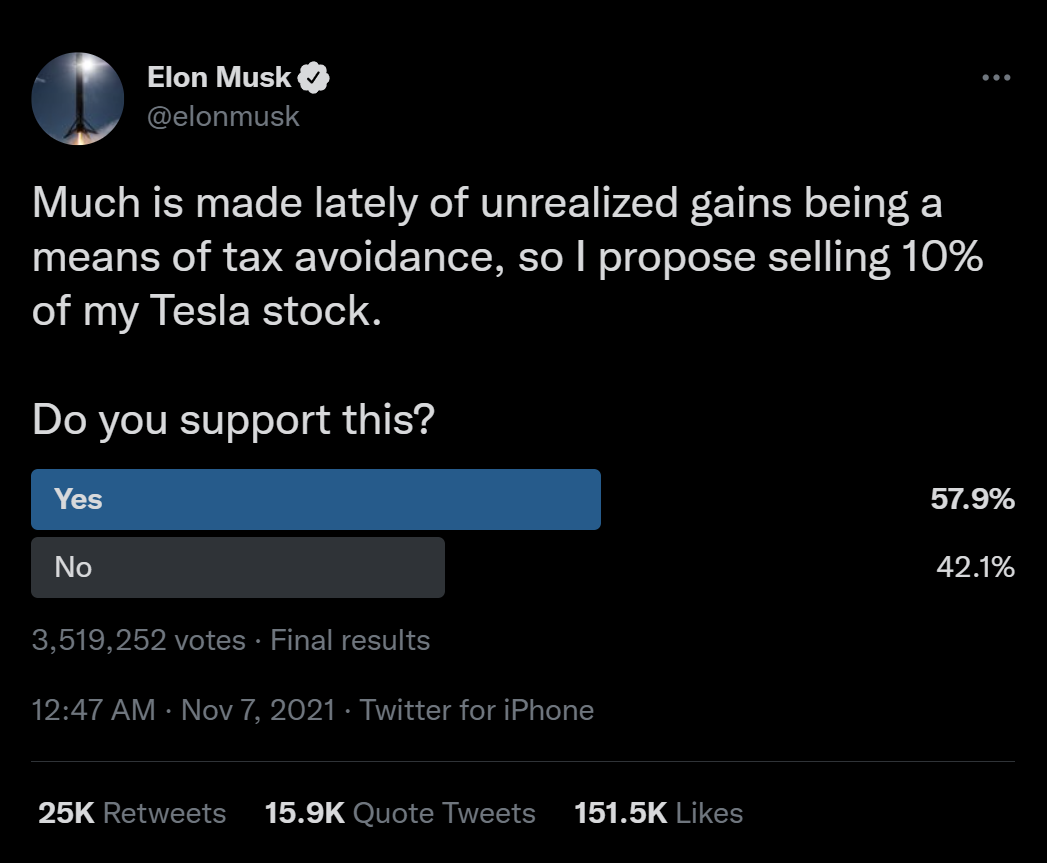 Elon Musk is not sitting at his Tesla factory crafting these tweets. But rather he literally shares with the world - what he is thinking of at a certain moment.

Which is what makes him so lovable and interesting.

Thanks for all the research concluded by the team at The Wall Street Journal. We are able to see the breakdown of Elon Musk's Twitter account beautifully.

The point is. Whether you like him or not - he is Elon Musk. He will not be sharing breakdowns like this.

Who will? I will.

Do you know where your visitors come from?