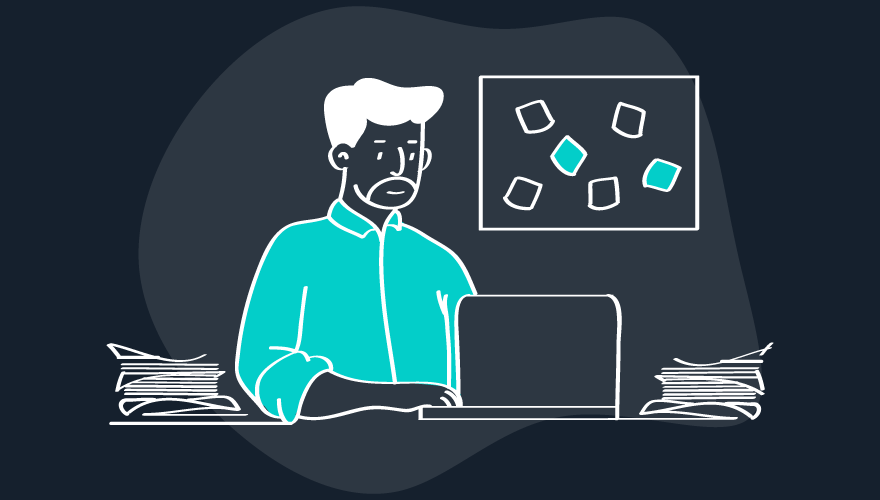 What is it in the highly efficient people that common people don't? Specifically talking about creators or makers. We all know some creators who get things done at a pace, that is out of reach for many, and it just sounds too difficult to achieve. But is it actually that difficult to achieve?

Before we dive deep and learn HOW they do it, let's first see what is it they avoid doing.

Without further delay, here's the list of the top 6 habits of the most productive people. We'll discuss each briefly.

Top 6 Habits of most productive people

Humans can multitask, it's a plus point they have, which is what we do all the time. Listening to music while cooking, working out, etc. Talking while driving, singing, etc. are all types of basic daily multitasking we do. But should you multitask when you're at work, or doing something important? The answer is No.

You might think that working at multiple things at once will get more done, and thus will make you productive, right? Wrong. Our brain segregates every task we do and gives the tasks preferences based on priority. We as humans, are not as good at multitasking as you might think. In fact, we suck at it. Since multitasking is basically doing one task after another in very quick successions so that it seems parallel.

You need to stop multi-tasking now, highly efficient people focus on one task at a time, and get that done, then switch over to the other thing. Putting your phone off, silencing notifications while working, are some of the ways to stay focussed and get things done much faster.

Now, this may sound counter-intuitive to your beliefs, but hear me out. You might have learned somewhere that saying "Yes" to everything is so challenging and cool, and it brings adventures to life, always staying positive, etc., etc.

Too many things ruin the flow, focus, and thus productivity. Although you might be tempted to try on something new, or add an interesting new finding to the top of your to-do list, it's usually not a good idea. Learn to say "No" to stay focussed on what you're doing, and get rid of those distractions. I'll come to the distractions part just in a second.

You might have heard about the saying by Mark Twain - "Eat the frog". Basically, the idea is - you should do the most important tasks first!

Make this a part of your daily routine, at the end of each day spend 5-10 minutes deciding the MITs for the next day. That is, decide the top 3 things you want to get done that next day.

These will be the top priorities of your day, no matter what happens you have to get these 1-3 MITs done by end of the day. This will make getting things done much more efficient.

4. Make mistakes & learn from them

It's taboo that making mistakes is bad, in fact, the most productive people might argue it's the best & fastest way to success. Making mistakes is a blessing because you know it's a mistake. That's an insanely powerful metric that you need to then focus on, make sure it never happens again.

Making mistakes is perfectly fine, it's absolutely normal. Even the top of the line creators make tons of mistakes. Making mistakes is proof that you're out of the box exploring new ideas and ways. Just make sure to learn from them. Try not to repeat the same mistakes too many times. Otherwise, it's pointless.

We tend to get tons of emails, messages, calls, notifications from various sources. And it's so so easy to get distracted by these since every notification bell raises the dopamine levels in your brain. If you're interested to learn more about how dopamine works.

Make a distraction list, either on a physical notebook, or some app on your device. Whenever you feel tempted to get distracted, write it down there and leave it for later. Get back to work, for now, you will check this distraction once your working session is over.

Or even better, you can use an online tool for maintaining Pomodoro work sessions for free with a built-in distractions list. Check it out here

This is an awesome productivity hack mainly for getting started with tasks even when your motivation level is at Zero. Since our brain sees the task and it looks like a lot of work, because to get anything done you have to allot some time to it, and once you're in the flow of working state then it's not that big of a deal, but to get started after a long day, or even in the morning just after waking up - some people feel like not motivated at all to work. This rule can help immensely with that, give it a try.

Learn how to properly do it over here.

Being highly productive is not that difficult, but you have to stick to certain rules and patterns to be able to do so.

Here we took a look at the most productive individuals and the habits which make them that way. Hope you find something useful from here, and apply that same in your life.

All the success to you!

Hey, you can sign up to get notified when a new article is published